He was a good dog.

No, really. A great dog. The last time I sat with tears soaking my keyboard like this, I was writing about the demise of Gilligan, the black-and-tan coonhound from hell.

But Ozzy was different. When he was bounding toward the woods, high on whatever scent had seized his canine brain, he would actually pause when I barked his name. After a moment of indecision, he’d lope back, tail wagging broadly, lazily, as he sidled up to me to see what adventure was next and why I had demanded his presence.

Not Gilly. When Gilly caught the scent of freedom, he was gone like a crack addict after a single hit. No looking back. That proved his demise in the end. And maybe it’s why Ozzy lived to the ripe old age of 14 before Lara and I made that most difficult of decisions and said goodbye to him at a vet clinic in brooding, overcast Athens, Ohio, on Nov. 19, 2016. The cancer had withered him away, leaving bones and fur where his hips had once been.

Ozzy was the sole survivor of my dog dynasty. After Gilly and Xena died in Knoxville, he and Mully joined us for the adventure to D.C., where Mully finally succumbed to his 18+ years of annoying everyone around him, particularly our umbrella cockatoo, Sydney.

I found Ozzy on a freezing New Year’s Eve in Knoxville, TN. Some piece of shit had dumped him in the parking lot of Melton Hill Park, and as I walked back to my truck with faithful Xena plodding along beside me, I thought Ozzy was a fox pacing the parking lot, until I saw him bound up to each car that pulled in, his tail wagging, hoping his human had returned.

When Xena and I reached him, the two of them hit it off immediately, playing and frolicking as I tried to load Xena into the back of my truck. I knew that I was already at my dog quota … Xena, Kesey, Crystal. It seemed unlikely I’d be able to convince Lara to up it to four.

Until she met Ozzy. Like me and Xena, she was smitten instantly. She even came up with his name, a tribute to The Osbournes reality show that was all the rage on MTV at the time.

Some of my fondest memories of Ozzy are from Melton Hill Lake, roaming those rolling, grassy hills in a pack, he and Gilligan the advance guard, Xena and I lumbering along behind. When I’d stop at one of the boat ramps to toss a stick out into the fog-shrouded water, Ozzy would drift off, searching for rabbits, possums, whatever. He’d leave the lake to the water dogs, keeping his paws planted firmly on dry land. Occasionally, out of the corner of my eye, I’d see Ozzy hitting the afterburners in pursuit of a rabbit.

As I scrolled through endless rows of my digital photo collection, embedded in Apple’s granite Photo app like coruscated memories, I started plucking out random images of Osbourne. More often that not, he is looking directly at me and my camera, always eager to win my attention and earn my praise, waiting for instructions on what to do next. He was one of the best-behaved, well-mannered dogs I’ve ever encountered. A true gentleman.

I’ll take his ashes back to Melton Hill this summer. Maybe sooner. And I’ll probably save some to spread at Rock Creek Park in D.C. next time I’m in town. After Gilly and Xena died, Lara, Mully, Sydney, Ozzy and I moved to D.C., where we lived for four fabulous years. Ozzy and I took epic hikes in Rock Creek Park on weekends, and we even strolled down to the National Mall one sunny afternoon, where he was more obsessed with the squirrels than monuments to America. 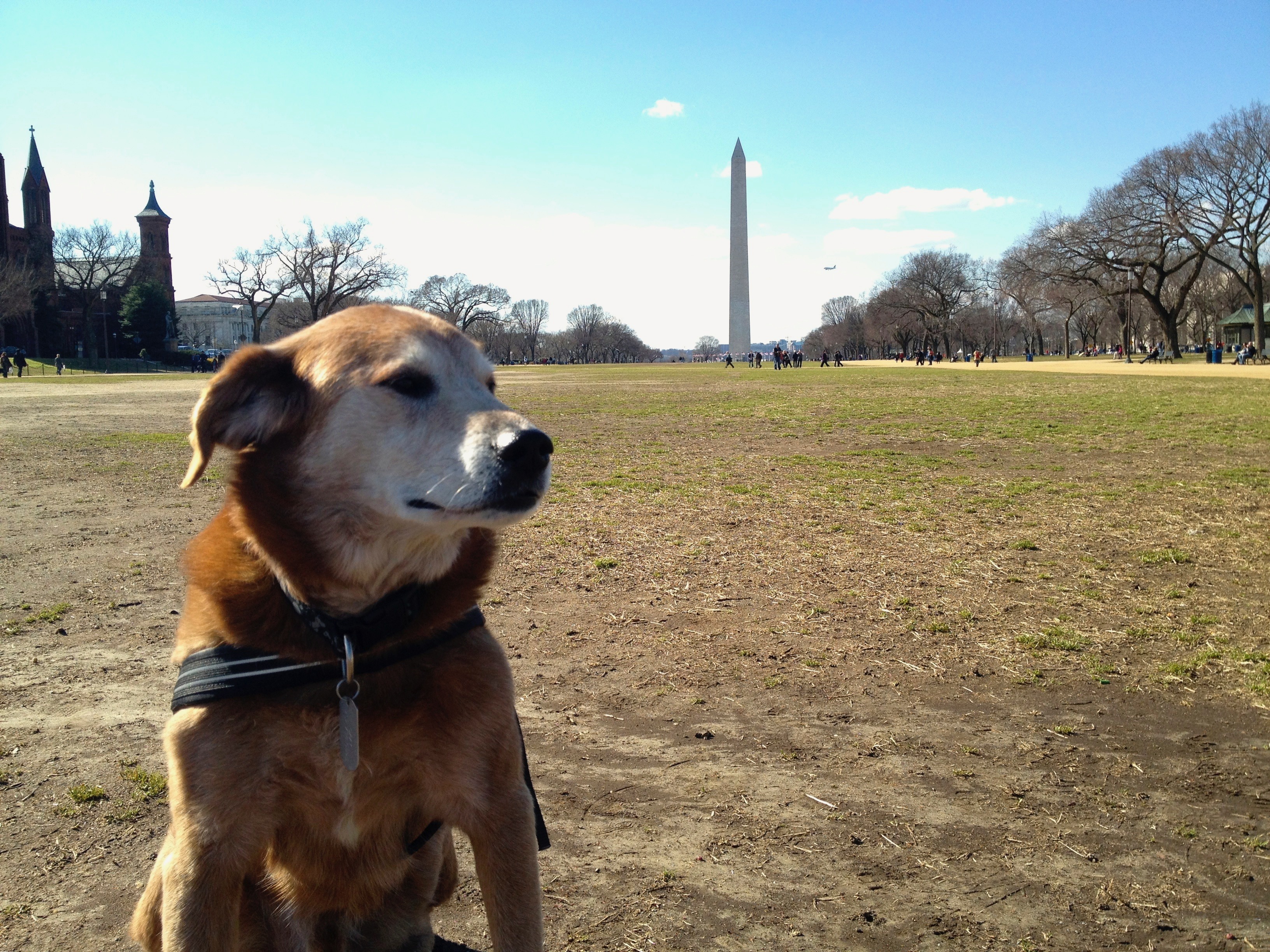 Ozzy wasn’t a natural alpha dog. It wasn’t until the pack had dwindled and disappeared that it was his turn. But he wore it well. He was my best bud and constant companion while we were in D.C. and after we moved to Athens. He was a damned good dog. One of the best. I’ll never forget him.