I’ve tripped on Gravity’s Rainbow already. Several times. I don’t think I made it more than 100 pages in during my previous attempts. This time has been different. to some degree, I’m taking guidance from the Right Rev. Dave Shaffer (Drinking Straw apostate that he may be) and letting Pynchon’s masterpiece flow over me like the sludge from a Rio sewer plant sending chunky little gifts to the Olympic kayakers, sailers, rowers, canoeists, triathletes and marathon swimmers. 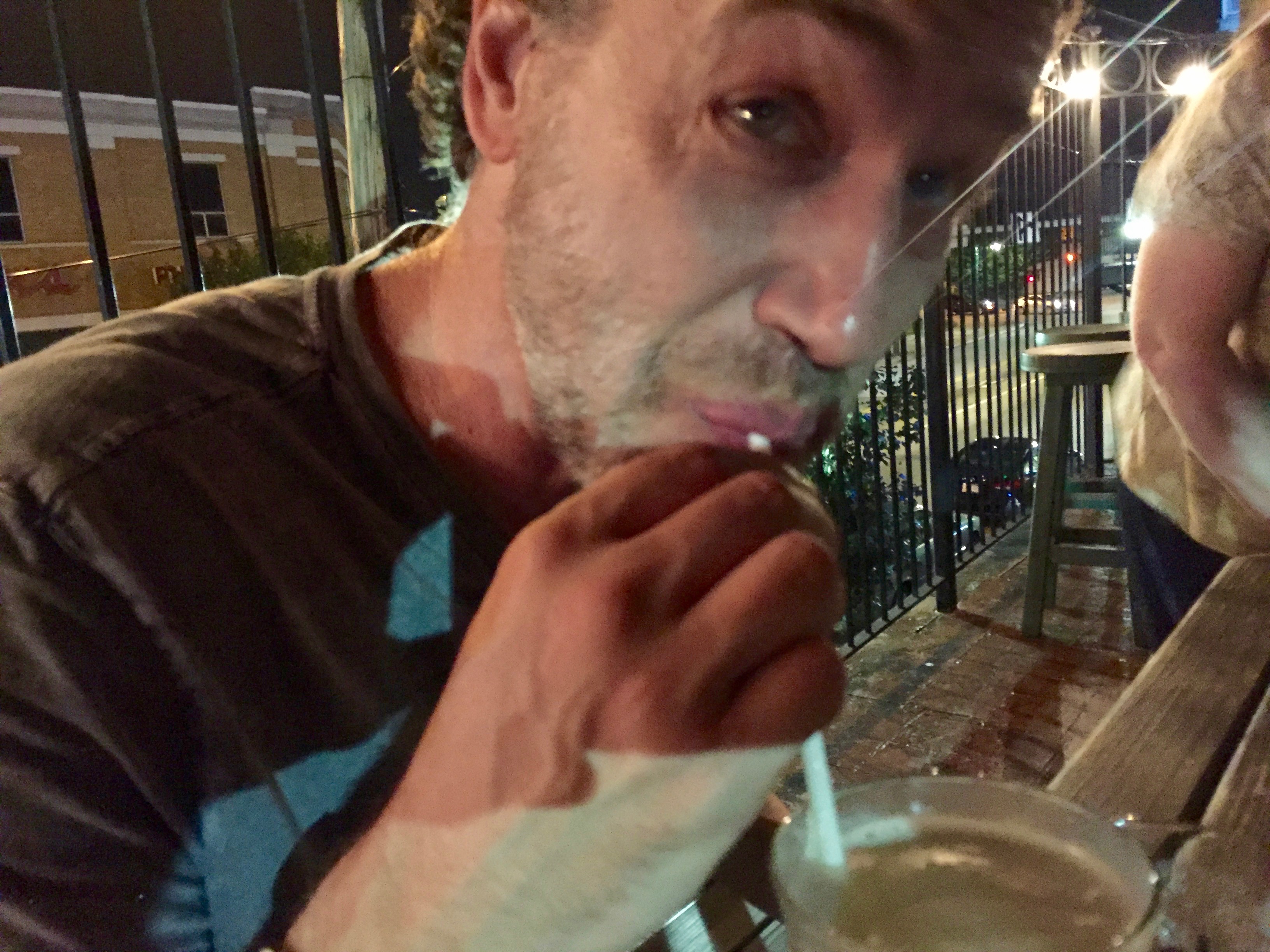 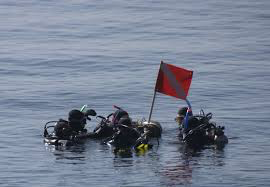 I’m also obsessing over things. Trends I’m spotting in the text. Words I don’t know the meaning of. Historical references of which I’m only vaguely aware. So I’m taking a mixed approach. Sometimes I’m going with the flow, watching each little turd of entropy and suspicion float past. Other times I’m a miner, diving down into the sewer to see if there really are alligators in there (or worse). 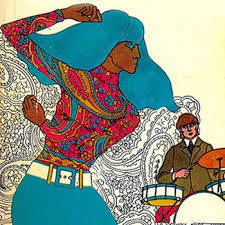 Move over, Slothrop. Diver down.

I apologize for taking so long to post these reactions. To be frank, I’ve kinda stalled and gotten distracted from my reading about 100 pages in, but I’ve also doubled back and started re-reading from the beginning. And I was hoping to discuss them during our first, ill-fated call, which ran more like an Oedipa Maas nightmare than a hip cool Google Hangout. We’ll get it right next time. Until then …

Vocabulary is only part of his prowess as a writer. His metaphors and turns of phrase often stop me in my tracks (while I concede there are some structures that feel more like a 5-year-old’s 5th tangled fishing line of the day).

I find these interesting because Pynchon might be, on some level, nodding to his Modernist forebears as he embarks on the Post Modern tale. With the Joyce allusion, it feels a lot like an invocation of the muse.

Faulkner: “Pirate looks at his watch. Nothing registers.” (Page 7 of the Kindle edition) This harkened to Faulkner’s Sound and Fury, where Quentin rips the arms of the family pocketwatch but the internal mechanism keeps ticking, grinding away tracking time invisibly. 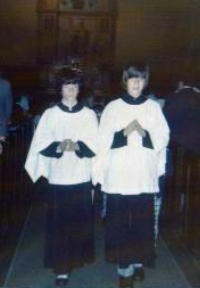 Joyce: In the opening scene of Gravity’s Rainbow, Pirate and his cronies awake much the same way as Stephen Daedalus and his cronies in the Martello Tower scene of Ulysses. In Ulysses, a symbolic mass where shaving utensils stand in for the chalice, paten, ciborium and monstrance (yes, i was a fucking altar boy. Want to make something of it, punk?) . The daily miracle, if you will. Transubstantiation. Pirate and his buddies go through a similar ritual, with the bananas substituting for the eucharist (and a certain part of the male anatomy). “Pirate’s mob” gathers in a great “refectory table” and their eucharist is “banana omelets, banana sandwiches, banana casseroles, mashed bananas modeled in the shape of a British lion rampant …” (10) But where Joyce was finding transubstantiation in the day-to-day doings of a day in Dublin, I’m not certain yet where we find it in Gravity’s Rainbow. If we do at all.

David Foster Wallace: Gravity’s Rainbow was written long before Infinite Jest, but this phrase left me wondering if Wallace was paying attention when he plowed through the Rainbow: “the unfortunate men are digested—not screaming but actually laughing, enjoying themselves.” People literally die laughing in Infinite Jest, where the killer is a video. Here it’s the Giant Adenoid (already my favorite character) which they attempt to subdue by “shoveling the new wonderdrug cocaine—bringing hods full of the white substance, in relays, up the ladders to smear on the throbbing gland-creature, and into the germ toxins bubbling nestily inside its crypts with no visible effects at all (though who knows how that Adenoid felt, eh?). (16) It’s also interesting that Wallace’s novel is a meditation on entertainment, addiction, obsession, conspiracy … all the post-modern angst wrapped up like a neat little gift in about 1000 pages. And “The Book” Pointsman and his cohorts so treasure feels vaguely like Wallace’s video in Infinite Jest.

Emily Dickinson: One of my favorite pre-modernists. Things “go sour” for the Slothrops around the time she was writing:

Ruin is formal, devil’s work
Consecutive and slow—
Fail in an instant no man did,
Slipping is crash’s law
(28)

Here’s the full poem (can you say entropy?)

Crumbling is not an instant’s Act
A fundamental pause
Dilapidation’s processes
Are organized Decays.

Ruin is formal — Devil’s work
Consecutive and slow —
Fail in an instant, no man did
Slipping — is Crash’s law.

Lots of it. I think what Pynchon might be doing here is playing out the entropy theme in the context of European hegemony (fuck, what does that even mean … need to get away from academia). The Slothrop black-man-rape-fantasy thing was just downright disconcerting. And there are lots of lines like “an arab with a big greasy nose” and “master of these horrid blacks.” I think this cuts to Slothrop’s very roots: “He hangs at the bottom of his blood’s avalanche, 300 years of western swamp-Yankees, and can’t manage but some nervous truce with their Providence. … Slothrop’s Progress.” As opposed to Pilgrim’s Progress, this pilgrimage is a regression, steps backward. I’m not convinced we’re advancing toward some sort of transcendent experience.

Another theme that becomes a leitmotif in the novel. there’s a barrage of references to black, darkness, and a general sense of entropy. We have blackout curtains to thwart Nazi air raids.

Page 3: ”But coming down in total blackout, without one glint of light, only great invisible crashing …” and “velveteen darkness” and “naphtha winters” (mixing the cold deadscape of winter with incendiary oil) and “maturing rust” and “the roofs get fewer and so do the chances for light.” So in that weird, claustrophobic start, with darkness and evacuation driving the action, we hit all these references to a creeping, unavoidable darkness, a cooling down, an unwinding of reality. Honestly, it feels as if we’ve stepped into Terry Gilliam’s Brazil. And this is just on one page …

I’m finding the book to be downright hilarious at times. A few examples. The scene where Jennifer and Roger Mexico hook up is pretty slapstick, with the rocket blast hurling her toward the car, and then Mexico back up over her bike as he drives off with his impending conquest. And there’s this:

“one horrible evening drunken Slothrop, Tantivy’s guest at the Junior Athenaeum, got them both 86’d feinting with the beak of a stuffed owel after the jugular of DeCoverley Pox whilst Pox, at bay on a billiard table, attempted to ram a cue ball down Slothrop’s throat.” (page 21 of the Kindle edition) 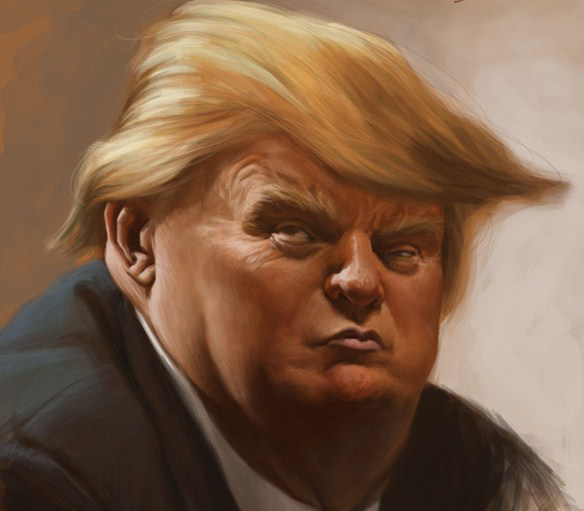 “the Fuhrer-principle… One of the dearest Postwar hopes: that there should be no room for a terrible disease like charisma … that tis rationalization should proceed while we had the time and resources.” (80)

There’s a Whitmanesque/Biblical use of parallel phrases here as Pynchon layers details the way the prosecution piles on facts during a trial. While Whitman uses these structures to describe American exceptionalism and democratic equality Pynchon is using them to further the entropy and emptiness he’s mining. Instead of building up, it’s drifting down to the bottom of a river, becoming part of the bottomless sludge:

Things have fallen roughty into layers, over a base of bureaucratic smegma (great use of that word, har) that sifts steadily to the bottom, made up of millions of tiny red and brown curls of rubber eraser, pencil shavings, dried tea or coffee stains, traces of sugar and Household Milk, much cigarette ash, very fine black debris picked and flung from typewriter ribbons, decomposing library paste, broken aspirins ground to powder. The entire section reads almost like some sort of archeological dig where Pynchon is sifting through the viscera of his times.

Not sure where, if anywhere, this is going. But i found this firefly reference interesting: ”He likes to tell them about fireflies. English girls don’t know fireflies, which is about all Slothrop knows for sure about English girls.” (page 21 of Kindle edition) I’m keeping an eye out for subsequent references. Given how planned/calculated this book is, I find it hard to believe Pynchon wasn’t aware that only female fireflies have lights, and they use them to lure in the males, mate with them and then devour them. And those Nazi rockets dot the skies like the occasional firefly, too …

And again, on page 23: “no light but the coal of their last cigarette, an English firefly, bobbing at her whim in cursive writing that trails a bit behind, words he can’t read …

We finally get an explanation for the name of this section of the book. It’s actually kinda hilarious. It appears Jamf had conditioned Slothrop as an infant to get an erection and then went in to try to undo that response, to bring it back to zero. But apparently he went “beyond the zero,” which had the odd effect of causing Slothrop to reverse the explosion —> hardon equation to where it’s now hardon —>explosion. 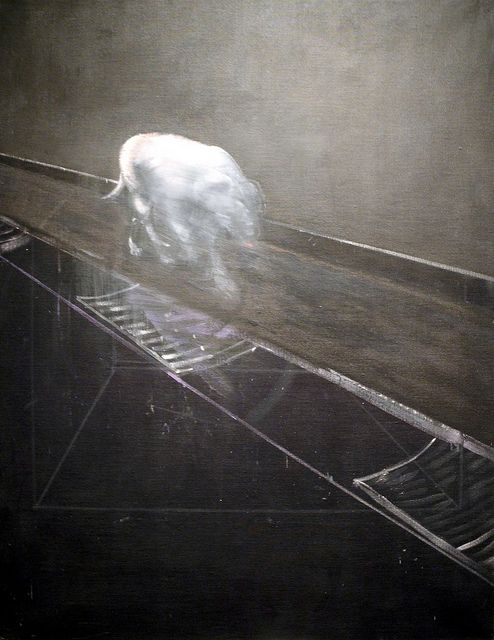 Pointsman’s laboratory is the obvious example here, but dog images are frequent in the book. But I’m not feeling warm happy puppies here. I think we’re dealing with something more akin to the dogs in Francis Bacon’s work. A few examples:

Pynchon is a fucking wordsmith. His vocabulary alone is astounding, and he’s using obscure words to drive nuance, not to prove he knows them. I’ve started pulling together a list of words that were new to me.

naphtha winters
a flammable oil containing various hydrocarbons, obtained by the dry distillation of organic substances such as coal, shale, or petroleum.

musaceous
belonging to the Musaceae, the banana family of plants.

dracunculiasis
an infection by the Guinea worm. A person becomes infected when they drink water that contains water fleas infected with guinea worm larvae.1 Initially there are no symptoms.2 About one year later, the person develops a painful burning feeling as the female worm forms a blister in the skin, usually on the lower limb.1 The worm then comes out of the skin over the course of a few weeks.3 During this time, it may be difficult to walk or work.2 It is very uncommon for the disease to cause death

musette
a kind of small bagpipe played with bellows, common in the French court in the 17th–18th centuries and in later folk music.. US a small knapsack.

annealed
heat (metal or glass) and allow it to cool slowly, in order to remove internal stresses and toughen it.

saccade
a rapid movement of the eye between fixation points.

empyrean
belonging to or deriving from heaven

afferent
conducting or conducted inward toward something (for nerves, the central nervous system. efferent is the opposite.