One of my favorite mushroom field guides is “All that the Rain Promises and More,” partially because it’s a great resource, even if the focus is on Western fungi, and mostly because the cover photo is awesome.

The rain made a few promises this week, and it delivered today. We had several days of relative warmth and rain, so I had high hopes when I went out to forage this morning. I was rewarded with this beautiful flush of oyster mushrooms on a downed poplar branch in Hermit Hollow. 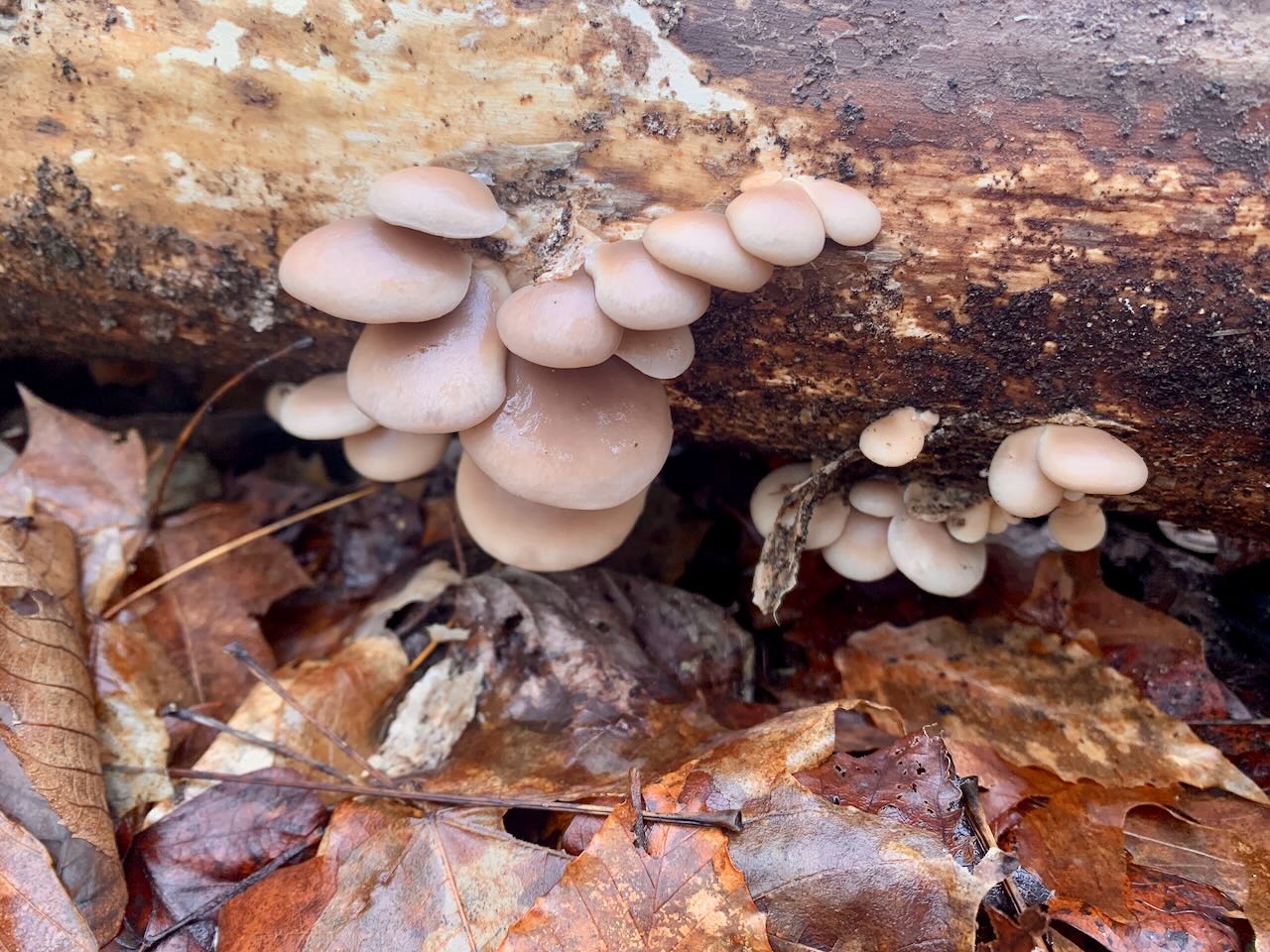 I took a chance and left these guys, hoping they’ll get a bit larger over the next day or three while avoiding the rapacious white-tail deer who seem to be my main competitor for oysters.

I also came across a flush of what I believe are common bonnets. 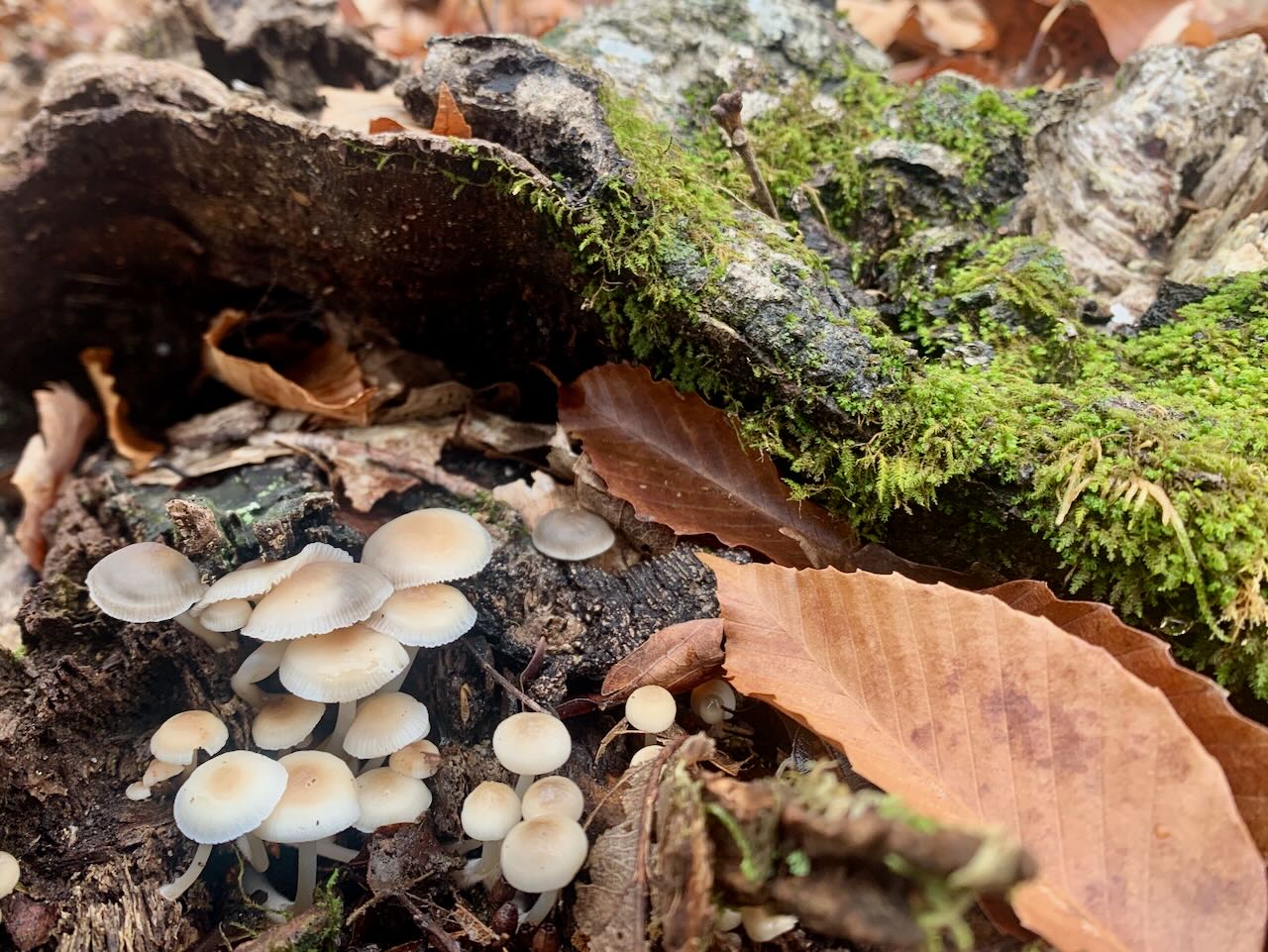 On the non-fungi front, I found bones from the white-tail deer that died late last summer. They were covered in leaf litter so I suspect some predator/scavenger dug them up hoping for more than was there. 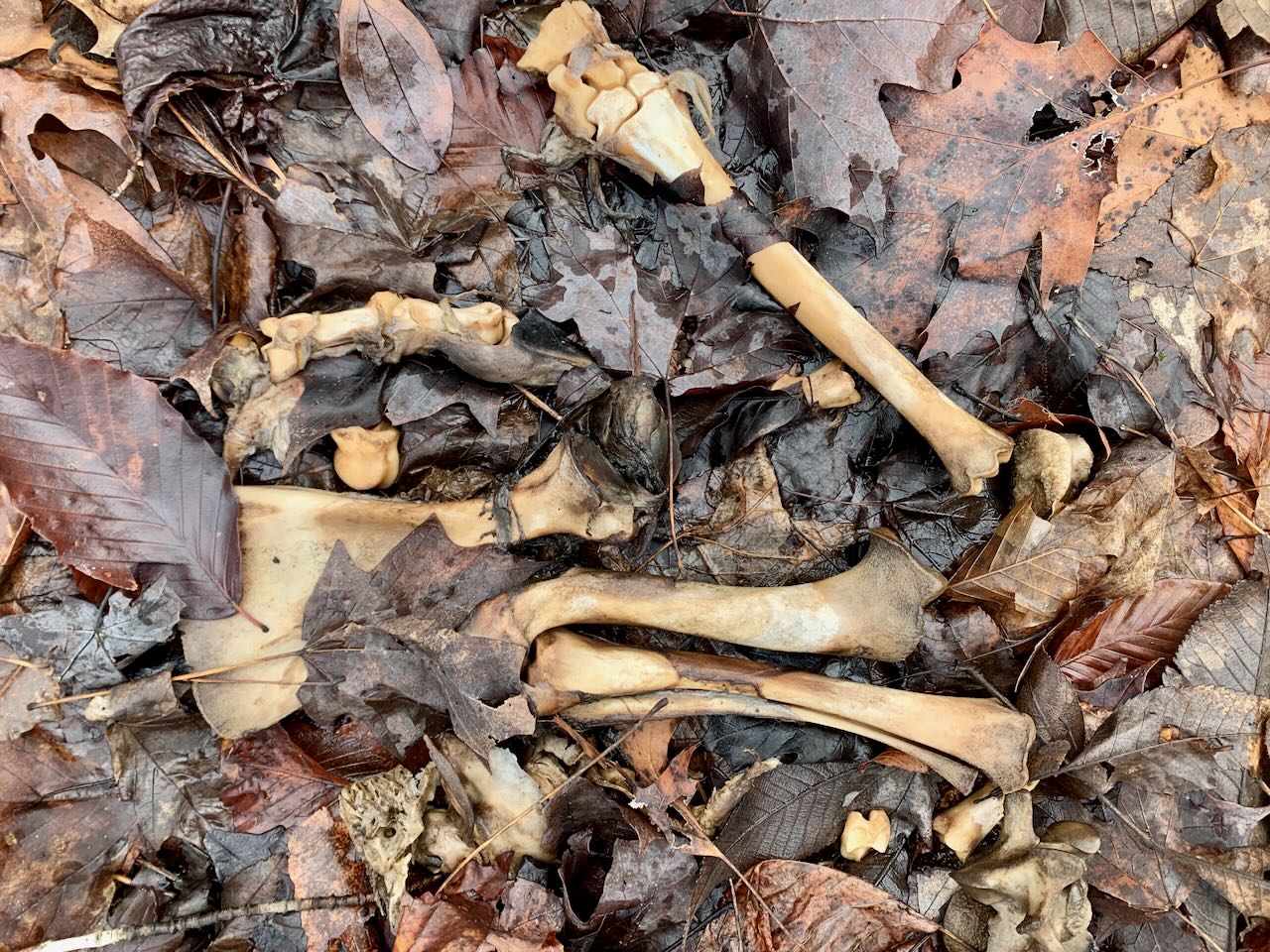 I also found some native orchids, putty root, hunkered down for the winter. 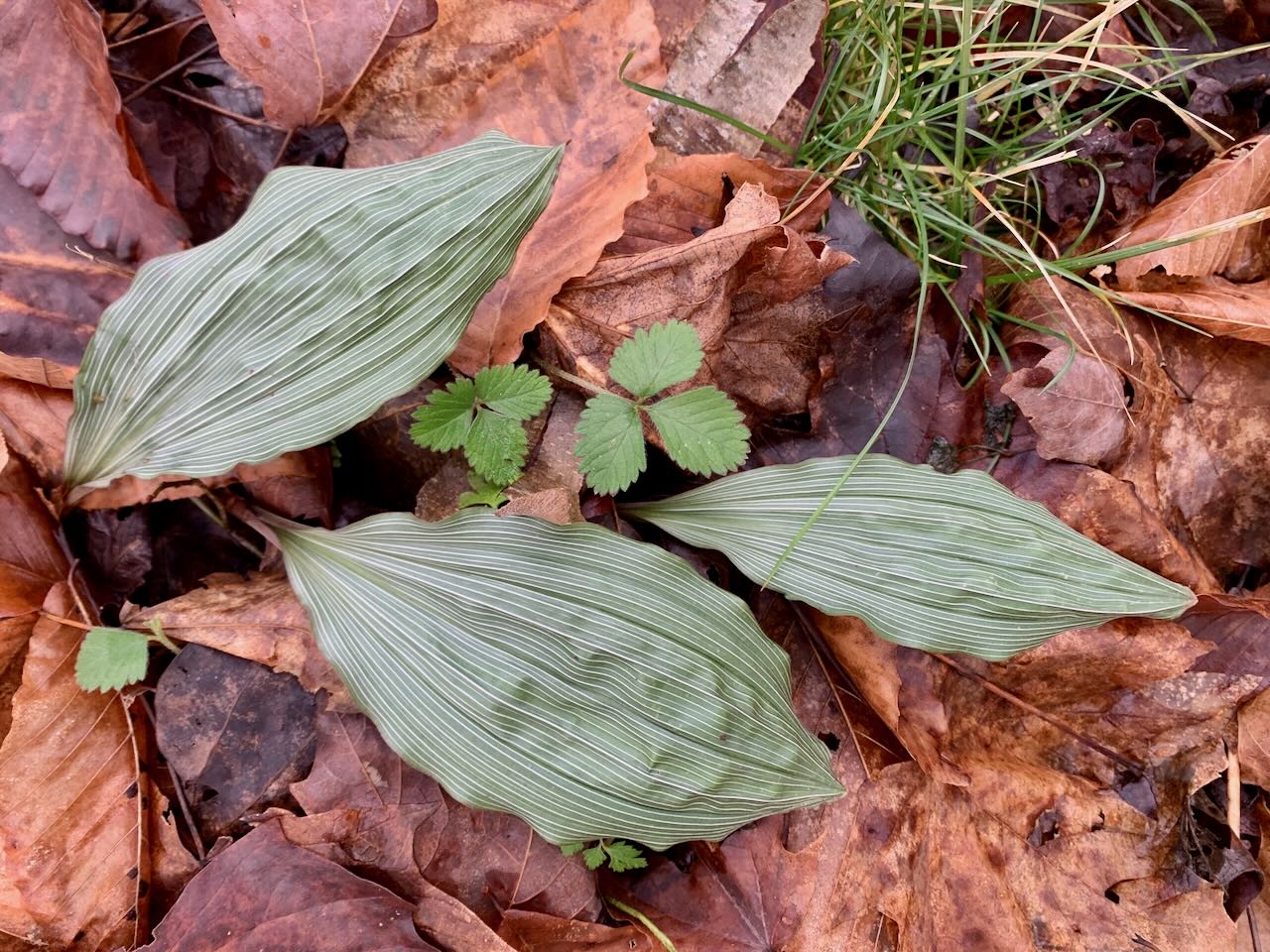 And finally, it looks as if the woodpeckers have been busy. In all, it was a great walk in the woods. If the deer leave my oysters alone I’ll be feasting on this this weekend. 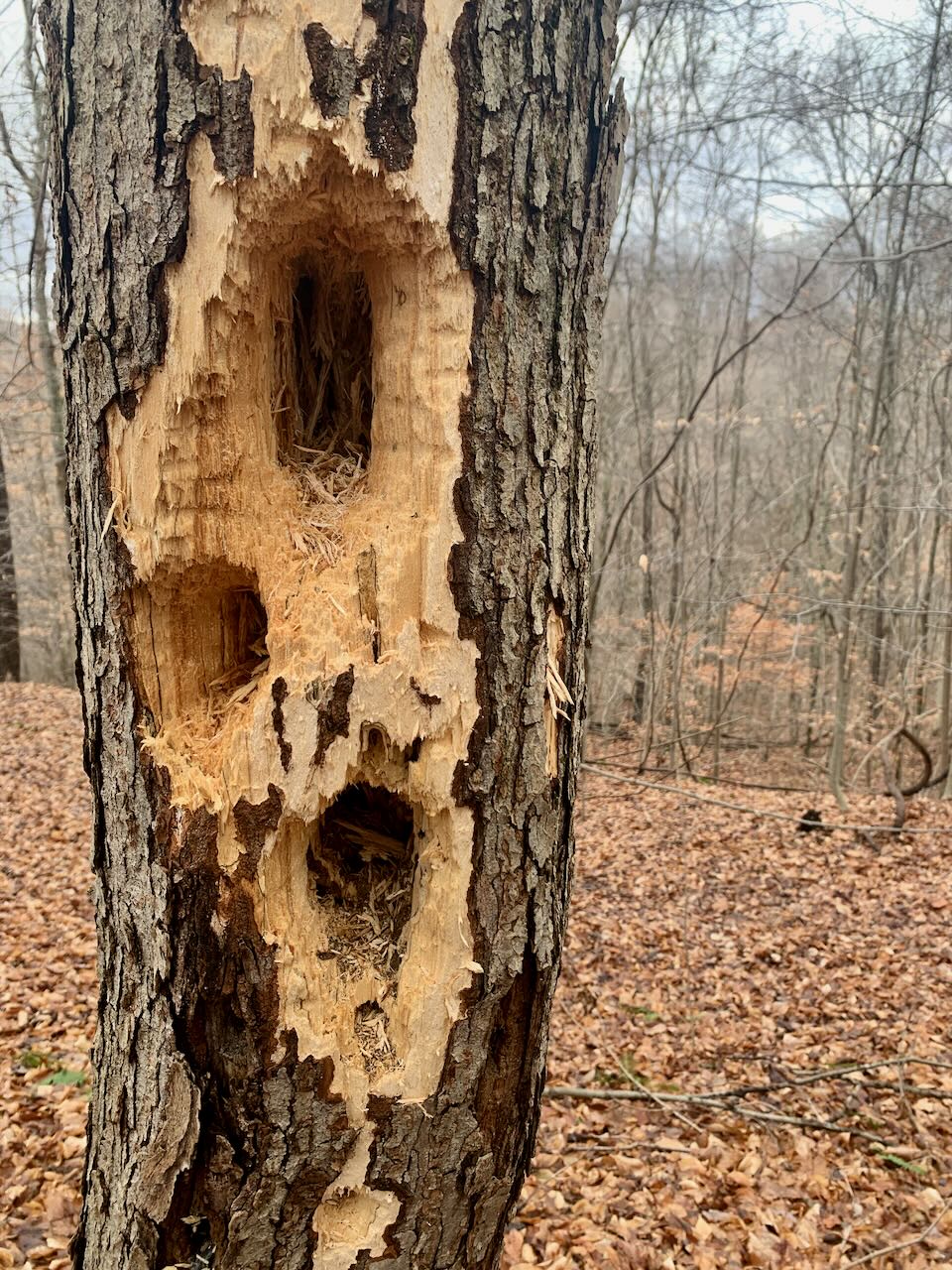