After hearing howlers almost nightly while catching only fleeting glimpses of them, I finally got a good, long look at monkeys. But they weren’t howlers.

I heard commotion in the trees after arriving at the shack for my sundown services and quickly spotted a band of simians weaving its way through the canopy, which was more or less at eye level thanks to the elevation of the shack.

I made a clicking noise at one who was in plain view. He turned and looked at me, completely unperturbed or surprised, perhaps a tad curious. But his facial fur was white. Maybe a capuchin? He and his cohorts probably had watched me lumber up the driveway, but I was listening to an audiobook on fiction writing and was oblivious to any noise they might have made until I crested the hill.

I counted at least four but I suspect there were a few others I couldn’t single out.

I wasn’t completely confident my ID was correct, but time and a bit of research convinced me I was right. They had light faces and a sort of cowl, and the one who exchanged glances with me clearly had a prehensile tail that curved up in a sort of question mark.

The clincher was when the sun set. No howling. Just gentle mumbled chattering out in the trees.

Apparently, the name capuchin came from the similarity to Capuchin friars of the Franciscan order. Their name derives from the sharp pointed hoods they wear (derived from Italian cappuccino, from cappuccio — hood or cowl).

I counted at least four simian capuchins. Might have been more.

The sunset was muted, choked by a squall line off the coast beyond the Whale’s Tail. Still beautiful. I can’t really describe the calm that descends each night as I watch the horizon, listening to the surf pounding the shoreline over at Playa Colonia … until some asshole trucker engages his burp-farting jake brakes while rolling down the mountain into Uvita from the South. Jeff was incensed about that frequent occurrence.. I wasn’t completely sure what a jake — or jacobs — brake is until I looked it up. It’s diesel-engine braking, basically, using compression in the engine to slow the truck without having to ride the brake. (Jacobs is the company that invented the prevailing method of doing this). Works wonderfully, but the sound is horrendous. Human howlers on the highways.

Until the jake brake butted in, I was channeling that line in T.S. Eliot’s “The Waste Land” — “Shanti, Shanti, Shanti” … the peace that passeth all understanding. In all those dark, apocalyptic images, the poet still found the potential for transcendence, even if it was more the thundering promise of fertile rains than the actual moisture. No coincidence “The Waste Land” was written in 1922, another reverberation from the horror of World War I. That’s one of the reasons I’ve read so widely about that war in particular. It shook Western Civilization to its core and helped give birth to Modernism.

Last night had the added bonus of a waxing moonrise. Banks of clouds rolled in off the Pacific to snuff it soon after it rose. But I got to stand between its glow and the fading day for a brief moment. Shanti, Shanti, Shanti.

I stayed on the reservation yesterday, partly because I was awake later than I’d intended the previous night and was running on about 5 hours sleep. A siesta during the heat of the day helped alleviate that.

I spent time paging though the guide books I bought. The print version of the Fodor’s book hasn’t been terribly useful, to be honest. The section on this stretch of coast is lackluster. But the Lonely Planet guide I downloaded to my Kindle is much more useful. I just wish the bozos had taken time to fix some of the formatting issues that slipped in when they converted it to Kindle format (the colones sign, for instance, didn’t come through, and a lot of the subhead formatting is mangled). I understand the pressures the publishing industry faces, but if you’re going to offer a Kindle version — and charge me for it — at least give it a cursory look to clean up the more glaring issues. Maybe this is something specific to my barebones Kindle Paperwhite, which I love because it’s compact and the battery lasts forever if you turn off wireless.

One thing is certain. I can’t keep devouring bandwidth at my current pace. In about 24 hours I chewed through 6,000 colones (about 11 bucks) worth of the 20,000 I added Wednesday. No doubt it’s from uploading images and video for use in these blog posts, so I’m going to start putting them up as text only and then doubling back when I hit a wireless connection where I can do the heavy lifting for free. So if you see “Insert XXXX here” in the text, that’s what’s going on. I’ll add them. But it might lag a few days.

I’ve started two parallel tracks in my self-improvement plan. I spent a solid hour buried in my Spanish workbook today, dutifully writing out the exercises on my computer. I’m hoping to do that every day, which should start expanding my limited grasp of Spanish. I also started listing to one of the Great Courses I downloaded on fiction writing. I’ve generally been dubious of these things, but I figured it’s not a bad idea to see advice as I dive into this book I’m trying to write. Based on the first lecture, I’m already going to revise some of what I did Wednesday night.

And finally, I was pleased to see a hummingbird while up at the shack. I’m surprised how few I’ve seen in the time I’ve been here. Counting that one, only two. I know they’re out there. I’m just not seeing them. I’ll have to look closer … 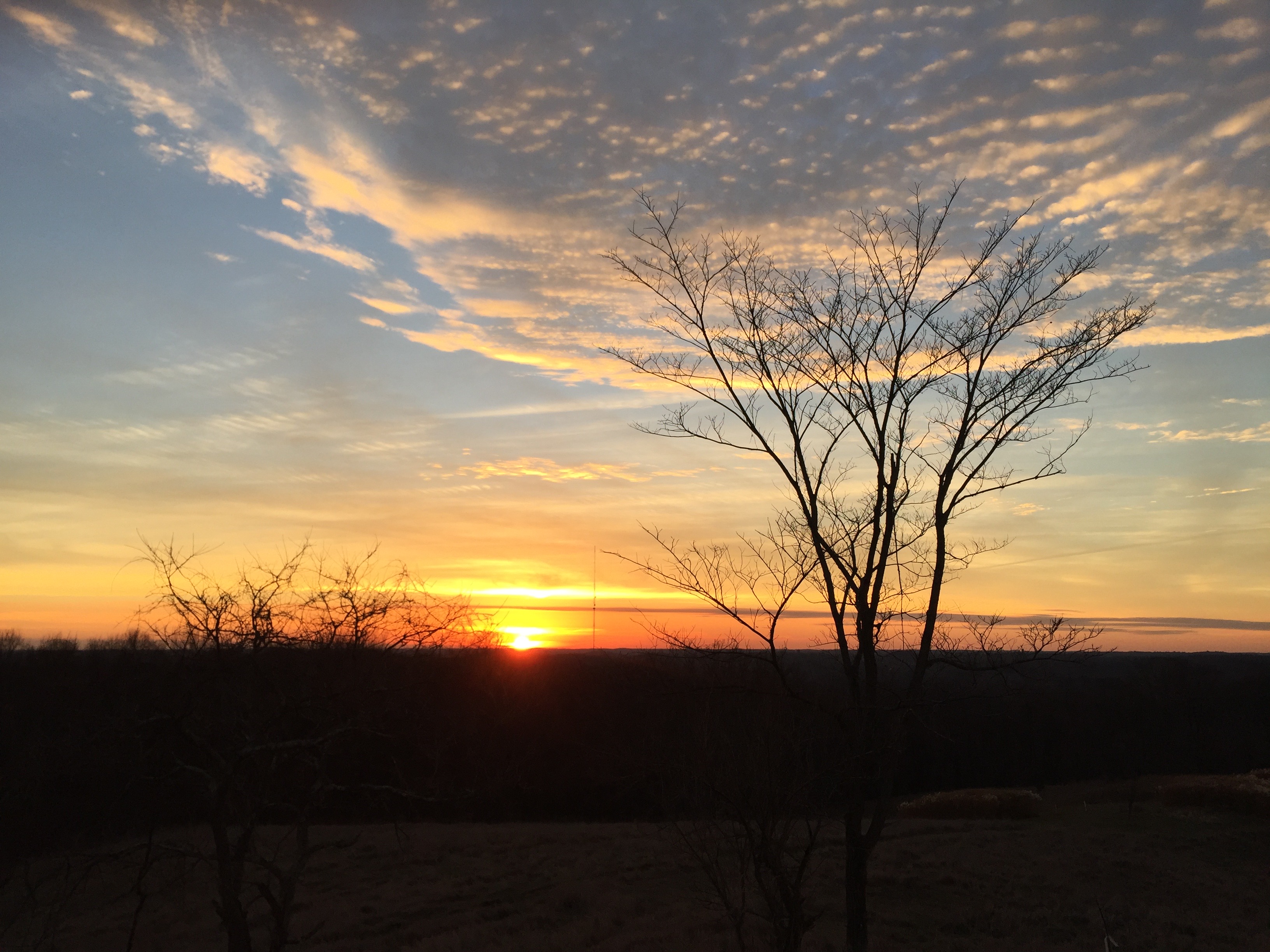 “Only against death does man cry out in vain.”
— Malcolm Lowry

Lara, Emma and I were all standing in the middle of San Gregorio Cemetery with tears streaming down our cheeks. It was all so beautiful. So sad. So poignant.

We were surrounded by hundreds, perhaps thousands, of Mexican families who had flocked to the cemetery on Nov. 1 to remember the dead. Mariachis played. Candles flickered. A glowing orange snowfall of marigold petals covered everything. Incense drifted through the air, kindling pungent memories of my altar boy days at St. Anselm Catholic church.

It had taken us three tedious hours to reach this graveyard on the southern edge of Mexico City. The traffic was insane. Everyone was out celebrating the dead. I wondered if we should just give up and turn back. I’m glad we didn’t.

I’d been playing hide and seek with the dead since we landed in Mexico City. Every time I saw a stunningly cool post card, I thought of my recently departed friend Barb Page. If only I could send her one more card, one more random reminder that I was thinking of her.

The frenzied subsonic celebrations of Aztec drummers and dancers near the Zocalo conjured memories of Phil Pollard, who I was shocked to learn had died suddenly while we were in Mexico. Phil was one of those defining personalities of our years in Knoxville, keeping the beat for Sara Schwabe’s Yankee Jass Band and numerous other musical endeavors, including his eclectic, electrifying Band of Humans.

“We’re all having a little funeral in our souls right now, too,” Knoxville’s Matt Morelock wrote on his Facebook page after Phil died. “He’d reject the mourning and admonish us to celebrate and get off the damned computer and do somethin’ freaky! I think it’s our duty now. I’m going skinny dipping in broad daylight.”

Yes. Exactly. Mexico City was my skinny dipping in broad daylight. The flamboyant colors. The persistent DayGlo presence of the deceased. No time for a funereal remembrance of things past. This was a rave.

The entire trip had somehow seemed fated. Lara and I discussed it jokingly over a few glasses of wine several months ago. We realized it had been a long time since we took a vacation. We should do something, anything, to get away.

Another trip to Jamaica? Not quite right.

“How about Mexico City?’ I asked. Our friend Anita and her daughter, Emma, had recently moved there, so we’d visit with an insider’s perspective. And Dia de los Muertos was coming. We’ve collected Latin American art for a long time, including a fair amount of works celebrating the Day of the Dead. But we’d never actually visited during the holiday itself.

The next morning, when the wine had worn off, the idea hadn’t. We cleared the dates with Anita, booked the trip and were on our way. Looking back, I realize it was inevitable. Irresistible.

Standing in San Gregorio Cemetery, watching Mexicans embrace death in the flickering light as something familiar and unavoidable, the tears came. Not mournful tears. Sweet tears spiced with the memory of lives lived fully.